I got a Street Fighter and Pacman Lit Marquee KIT ( these are kits, there is total assembly required). Putting them together was easy but leaves so much room for error.
After done, my observations are;

1) Marquee print and plexi dont sit flush on the back frame , creating wierd shadows, I tried to adjust but now the Plastic that you stick on the top and bottom of the marquee has lost its stickyness and the plexi just bows in places, somehow I adjusted the Pacman marquee and it looks better than the SF2 one. I think I may add a border around the inside to hide the wierd shadow effect.
2) They are BRIGHT...needs a dimmer....they sell seperately, GET IT!
3) Warning to Canadian buyers:::: I had to pay another $50 in import fees, which at the end of the day, the marquees cost me over $100 each!!

So, I installed them , and , they are just ok, need the dimmer and the wierd shadows on the SF2 marquee kinda sucks

Nice product, make sure you keep the wire feed out of sight or you can see their shadow behind the led 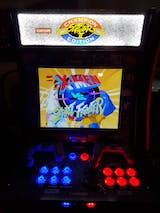 First off let me say that this was a relatively simple mod to install. The video provided by the DIY folks made it super clear on how to actually install this thing. There are really only 2 minor gripes I have with it - first, it's a mod you can't simply revert to the original cabinet configuration, it's a mod that covers some of the original hardware, so once you install it you can't really go back to stock. Second, I with the dark bevel was a little more narrow, though I do understand room needed to be left for the screw holes in order to mount everything properly.

Word of warning: if you do install this thing, use some extra adhesive to stick the LED light strip to the mount kit. After about 1 month, the top of my light strip started to fall and sag and drop off the mount. The adhesive on the LED light strip itself started to fail. I had to VERY carefully uninstall the front plates and use some super glue to put a more firm hold on the LED strip. Since then everything has been fine. What this means is that my top/bottom edge strips came loose because I had to pop them off and they won't re-attach to the plexi now that it has been ripped off once, so I have some slight bowing in the middle. It's only about 1/16" so you can see it unless you really look from the top or bottom, but it's there.

So, word to the wise, make sure to put something extra in the applying of the light strip to the mount. Then you won't have the same problem as I did. Overall though I think this is a really good value for a quality light up marquee solution that you can install in about 30 mins, with just a power drill and a screwdriver. Pretty easy and the results (once properly applied and fixed) look great! 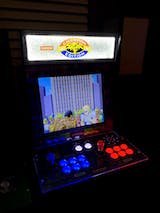 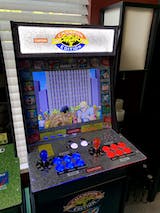