I have one of these for my raspberry pi 4 and my pc. Works great! 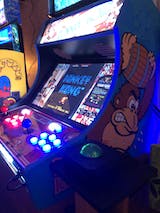 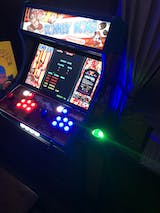 This trackball works, however it takes some tweaking. When I first tested it, it was completely awful. It was very jerky and barely would move on the Y-axis. Here is the key....open it up to expose the rollers and put a tiny drop of lubricant on the rollers where the pin meets the plastic on each side and work it in. After that, you can then make the adjustments in-game to smooth everything out. It's working like a champ for me now. I also bought the usb adapter and the mounting plate that came on a custom control panel (Ready Player One). 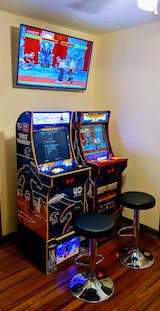 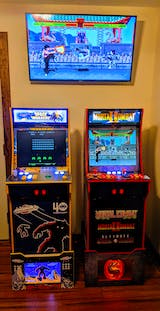 These trackballs have just the right sensitivity, are easy to install and the LED lighting looks very impressive.

This trackball is not 2.25" as listed -- the ball itself is roughly 2". This same trackball (different manufacturer name, but identical product as I ordered another one) is listed on Amazon as a 4.5cm trackball, which is roughly 1.77". This doesn't really matter for most uses, as it's plenty big for use as an arcade trackball. However, for my project I intended to replace the stock trackball with a billiard ball, which is 2.25" in diameter, and it quickly became apparent that it was too big. (I ended up cutting a larger hole in the top of the plastic housing, and was able to make it work). With that out of the way -- this is a passable but by no means high-quality trackball. The spinners that the ball rotates are small and not especially free-spinning, though they work well enough for most trackball games. There are more expensive trackballs of this type that will perform better, but if you're looking for a cheap trackball for occasional use, this one is acceptable. Out of the box it glows green (and green only), with soldered LEDs, but it wouldn't be that difficult to mod. If you do decide to do what I did and mod it to allow a 2.5" billiard ball as the trackball, note that the small spinners do not grip the ball optimally, though it does function.

Added to your cart: